Periodic maintenance of your trees and shrubs is important throughout the year, this can include regular inspections, mulching, fertilizing and pruning. This preventative maintenance allows you to detect infestations and disease before they become fatal to the tree.

Assessing tree health periodically is important to ensure that your trees are not suffering from a disease or insect infestation. Signs of poor tree health can present as discolored leaves or defoliation, trunk decay, decreased shoots, abnormal growths. Observations of insects, bark disturbance can indicate arthropod infestations.

The International Society of Arboriculture - Publications

A shelterbelt's main function is to reduce wind velocities and affect wind currents. Some of the benefits from controlling wind in and around farmyards are: reduced snow removal costs by controlling blowing snow, building protection, decreased energy consumption, increased water supplies by trapping snow for dugouts, creation of microclimate conditions and protection for gardens. Other advantages include wildlife habitat enhancement, carbon sequestration, reduced dust, privacy, beautification and creation of a nicer environment to live and work in.

Elm tree populations in Alberta are subject to numerous stresses. The most serious threat comes from DED, a fatal fungal disease that infects only elm trees. DED moves rapidly from infected to weakened trees on the bodies of European or native elm bark beetles. The disease can kill an individual tree in as little as 3 weeks. The whole population of elms in a community can easily be destroyed within a decade.

Currently, Alberta is one of the last 2 locations in North America that is free of DED. However in 1998, one elm tree in Wainwright was confirmed to have the disease. The tree was immediately removed and burned. This tree was noticed to have typical DED symptoms by STOPDED employees while completing the provincewide elm inventory survey.

City of Lethbridge DED case, In early August, City of Lethbridge forestry staff observed symptoms of Dutch Elm Disease (DED) on two trees in north Lethbridge. Samples were tested at the Provincial and Federal labs and have since confirmed positive for DED. Dutch Elm Disease (DED) poses a serious risk to the health of Elm trees. It is caused by a fungus that can be carried on the bodies of Elm Bark Beetles who fly to new elm trees, spreading the infection as they go. It is most often introduced into a community through the transport of fire wood. DED does not affect tree species other than elm. 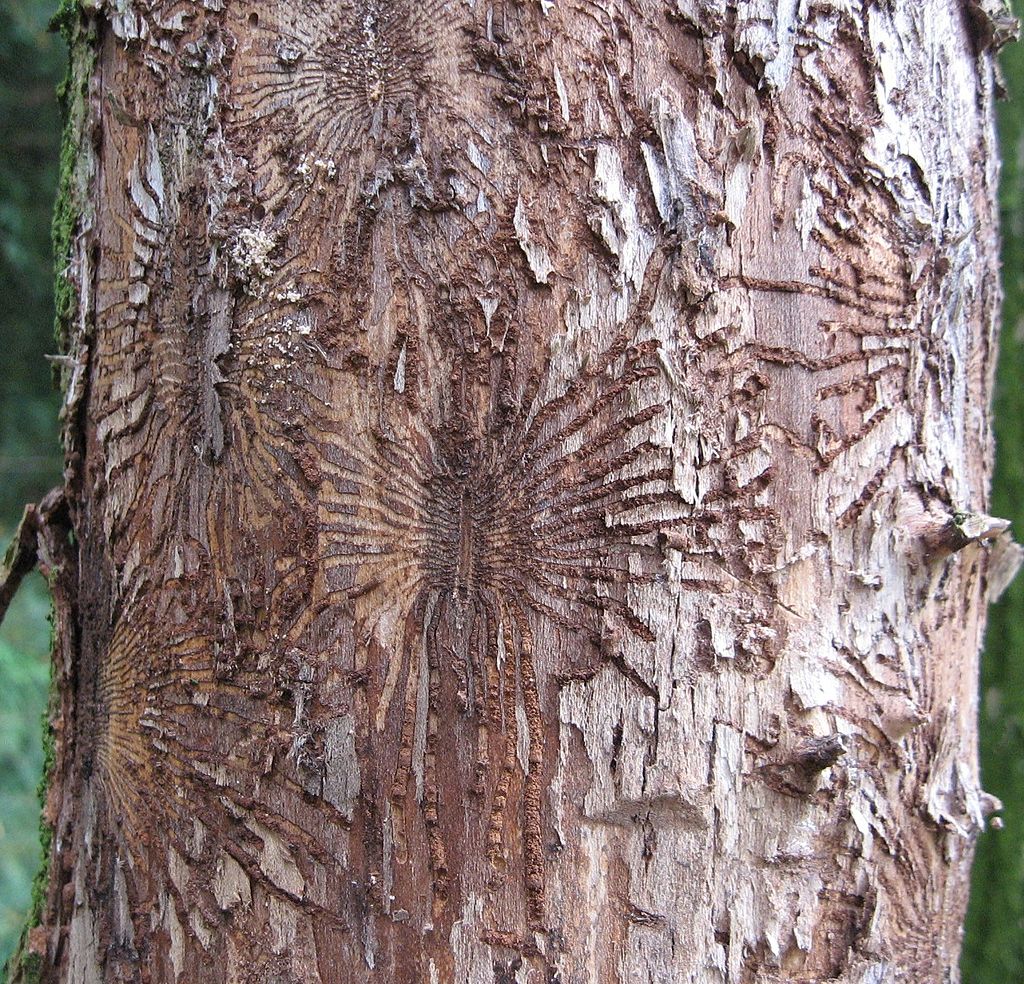 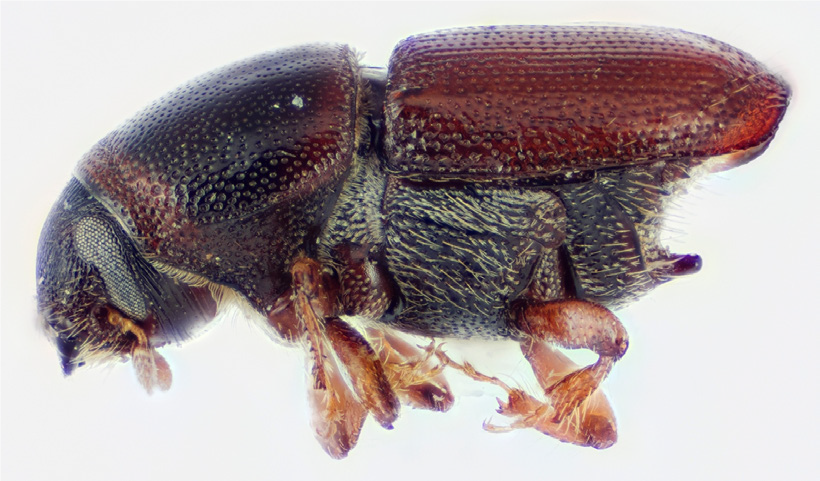 Wood borers are important pests of trees and occur in such major groups of insects as beetles, moths, and horntails. Some species make burrows in the bark and wood, which become filled with fine, compacted frass. Most of this type infest only over-mature or otherwise weakened trees, and no effective applied control is known for them. Other species, however, make burrows in the bark and wood, which they keep open; since they are capable of attacking healthy trees, many are important pests in forests and in farm and urban plantings.

In the Prairie Provinces the ash borer Podosesia syringas fraxini (Lug.) and the carpenterworm Prionoxystus robiniae Peck, which have open burrows, are serious pests of several kinds of trees planted for shade, ornamental and windbreak purposes. Since they prefer trees with sunny exposures, open-growing plantings are more seriously affected than denser, shelterbelt plantings. For this reason, shade and ornamental trees in parks, on boulevards and on private and public properties are especially vulnerable (Government of Canada). 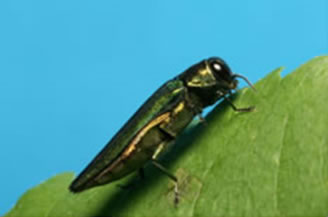 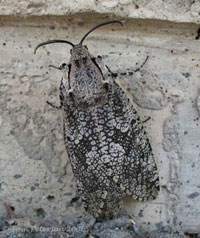 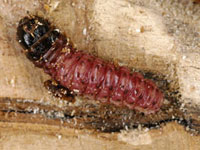 Trees infested with the ash borer or the carpenterworm show the following symptoms:

Control of Borers in Planted Trees in the Prairie Provinces

The Ecosystem of the County of Warner provides a variety of visual experiences.  Flatland to the rolling hills of the Milk River Ridge to the Hoodoos at Writing on Stone Provincial Park, from the recreation areas at Chin Lake and Ridge Reservoirs to the peaceful wetland at the Rush Lake Bird Sanctuary.  These areas contain a variety of ecosystems, which are important to the environment. The use of native plant species is encouraged for residential and commercial development, further, native species will be able to survive better in the climate of the county.

The use of wildflower mixes can introduce invasive species which may be noxious or prohibited noxious, if you are looking for a native wildflower seed mix, contact the County of Warner Ag Service Board.

You can also search the Native Plant Database, or visit the Alberta Native Plant Council for more information.